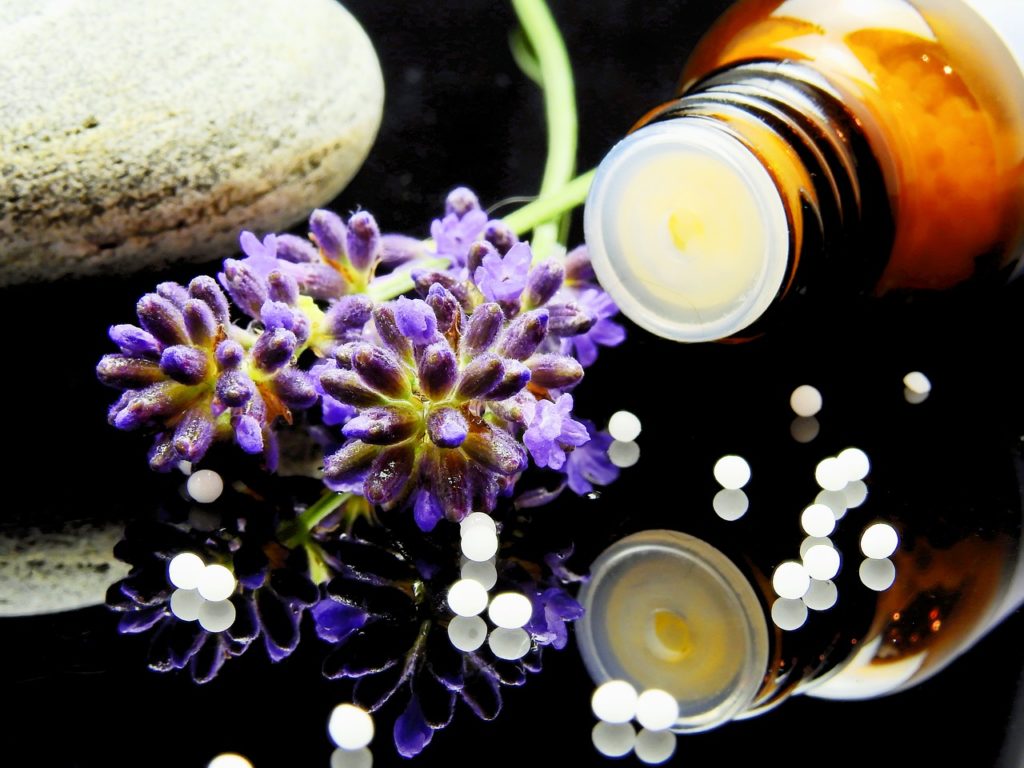 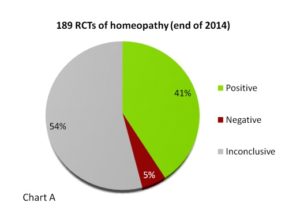 Homeopathy excites a lot of controversy, particularly around the issue of evidence.  It is so easy to believe the media’s oft repeated lie that there is no evidence. But if you are prepared to dig a little deeper for the truth, you will find that there is evidence – gold standard evidence for the efficacy of homeopathy. Of course there is not as much evidence as there is for mainstream medicine, because less than 0.01% of the UK’s medical research budget is spent on homeopathy. But up to the end of 2014, there were in homeopathy, 189 trials of which 41% were positive and 54% inconclusive.

By comparison, an analysis of 1016 systematic reviews of high quality trials of conventional medicine shows strikingly similar results: 44% were positive and 49% were inconclusive. 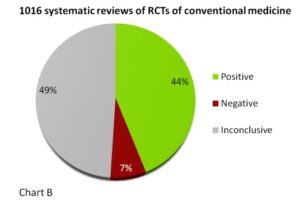 Homeopathy is natural and non-toxic, and a complete system of medicine in its own right, with its own philosophy of health and disease. It is used by 450M people worldwide, making it the second most popular system of medicine after conventional medicine. It can be used to treat a wide range of complaints, both minor – be they viral or bacterial – and chronic. In my practice, I also see a lot of people seeking help with mental and emotional problems such as anxiety, grief, trauma, depression etc. And it can be used alongside conventional medicine, if necessary, without interfering with it.

The homeopathic view of health and disease

Homeopathy sees body, mind and emotions as one:  an intelligent, integrated system, where each ‘part’ affects the other. Out of this over-arching idea come the following six truths…

We have the most amazing innate self-healing mechanism: our immune system annihilates invaders, and our cells constantly regenerate. The body you have now is not the body you had 5 years ago, or even a year ago. Estimates differ. But certainly the majority of our organs and tissues replace themselves in days, weeks or months. What homeopathy does, is take advantage of this miracle, by reactivating the self-healing mechanism when it gets stuck.

2. Illness is caused by life’s ‘bumps’

So what causes this mechanism to get stuck such that we get sick?  Answer: Life’s ‘bumps’, be they physical, mental or emotional. On the physical level, maybe someone has never quite been themselves since an accident, giving birth or a long-gone flu. The original, acute symptoms may have passed long ago, but somehow they never quite got back to normal, or other (seemingly unrelated) symptoms ensued.  I had a patient who had always (17 years) suffered with severe menstrual pain. The physical ‘bump’ here was the hormonal change that took place when she started menstruating. The remedy I prescribed – Sepia – is specifically for conditions that arise out of female hormonal changes, such as menarche, menopause, childbirth etc. In 5 months her pain levels went from 8/10 to 1/10, thanks to Sepia.

Likewise, a lot of ‘dis-ease’ originates at the mental or emotional level. And often, we do not make the connection between the original event and the ensuing illness. I have seen patients whose insomnia, arthritis, cystitis, IBS and more, originated with some non-physical cause e.g. grief (see previous article). Other non-physical causes of illness, which homeopaths take into consideration include abuse, anger, anxiety, bad news, betrayal, humiliation, fright, disappointed love, too much responsibility, shame and shock.

3. Health is about vitality

Of course, this does not mean that everyone who endures a shock or grief will get ill. It depends on their vitality. Vitality is more than just energy. It is well-being at all levels – physical, mental, emotional and spiritual. To give you an example: say you get up one morning, your vitality is high, and you open an unexpected letter from the taxman saying you owe him a large sum of money, that you don’t have.  Unless you are the Dalai Lama, that news is likely to stress you out, and consequently lower your vitality. Say you then go to work and someone coughs over you.  You are more likely to catch that virus, because your vitality is low.  Alternatively, if the letter is a big rebate, your vitality remains high, and you are less likely to succumb to the virus you are exposed to.

I know this statement is a bit shocking, because it is so contrary to conventional thinking. Homeopaths see symptoms as what the body does to heal itself. Like a man on a tightrope, who waves his arms to regain his balance, the arm-waving is the equivalent of symptoms: what the body does to regain balance, or health. Fever is an example of this. It exists to burn off the infection. So when the self-healing mechanism gets stuck (the tightrope walker cannot get his balance back), homeopathy will reactivate it, so that it can re-establish health.

Homeopathic prescribing is highly individualised. It takes into account not only the exact nature of the symptoms and any possible cause – physical or emotional – but also the patient’s temperament, physical tendencies, emotional history, as well as their’s and their family’s medical history. So for example, ten people with arthritis are likely to be prescribed ten different remedies. This also means, that when a person’s symptoms have no diagnosis (often leading to the person being labelled a hypochondriac), homeopathy can help, because it takes much more than the diagnosis into account.

6. What doesn’t kill you makes you stronger

Homeopathy works on the principle of ‘like cures like’ i.e. a substance that in a large, concentrated dose would cause specific symptoms, will cure those same symptoms in a sick person, when given in highly diluted form. For instance, Allium Cepa, (the remedy made from onion), will help someone whose hay-fever symptoms resemble those you get from chopping onions. There are many instances of like being used to treat like elsewhere. In Cognitve Behavioural Therapy, someone with a phobia will be exposed to the trigger stimulus in ‘diluted’ form;  conventional allergy treatment follows the same principle; and doctors prescribe a stimulant called methylphenidate hydrochloride (the active constituent of Ritalin) to children with ADHD, because rather than stimulating them, it has the opposite effect.

In 2010, £2 billion of the NHS £10.2 billion drug bill was spent on dealing with the side-effects of the prescribed drugs it had funded. So it is not surprising that ever more people are keen to take a natural, non-toxic approach to their health. In fact, between 2004 and 2009, uptake of homeopathy grew by 23% and was predicted to grow another 33% by 2014. Which is just as well, given conventional medicine is also fighting a losing battle against antibiotic-resistant bacteria, and depression and anxiety are taking on epidemic proportions. The Swiss government seems to be leading the way in this respect: in its Complementary Medicine Evaluation Programme, it concluded that homeopathy was a safe, effective and cost-efficient form of medicine, and ruled that insurance companies should be made to fund it.

“There is no scientific evidence that homeopathy works”

Posted in First published on www.platform505.com