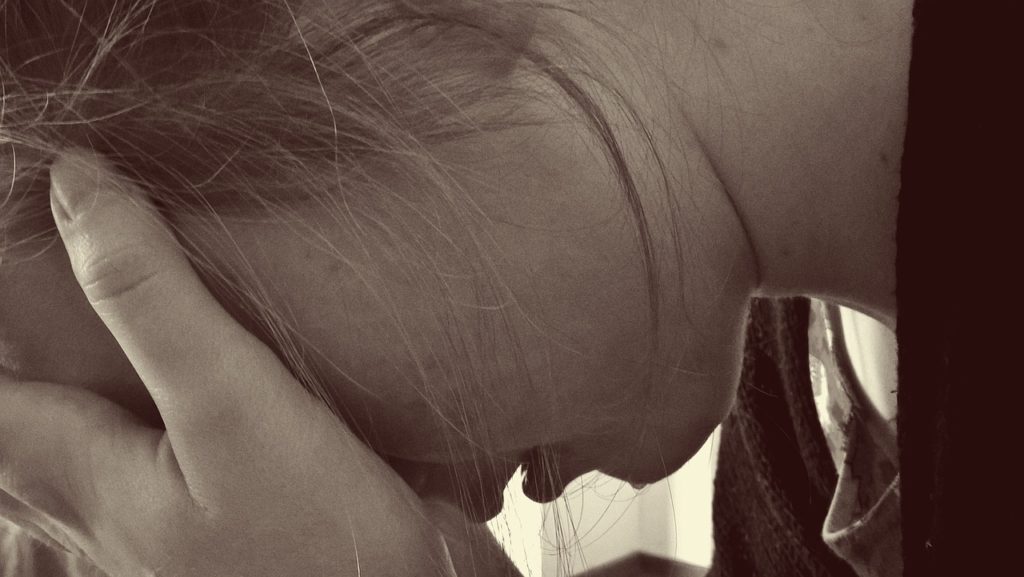 What To Look For And How To Treat Depression Naturally.

Question: What is the leading cause of disability worldwide? And what will one in four women require treatment for at some stage in their life, especially if they are divorced or separated?

Answer: Depression.  It is a condition that can be difficult to spot, perhaps because the symptoms are not common knowledge, which may explain why only 50% of sufferers seek treatment. In studies, even GPs (the usual first port of call for help) only spotted 50% of patients with depression.

Signs and symptoms of depression

So what are the symptoms of depression?

Depression involves levels of serotonin (the happy hormone) being too low, or being broken down too quickly.  And the medical approach is to give selective serotonin reuptake inhibitors (SSRIs), and less often, tricyclic antidepressants.  It seems that their effect is to numb the brain to difficult emotions, which in some severe cases may be what’s necessary to get the person out of danger and/or functioning in everyday life. In fact, going to your GP is an important first step and safety measure, in case the severity of your symptoms necessitates your referral to a psychiatrist; also they can check whether your symptoms are the result of another condition, like Hypothyroid or Vitamin D deficiency.  That said, I have had patients who had to come off SSRI’s, as they could not tolerate the side-effects. And one study recently found that SSRI’s are no better than placebo for depression. Coming off them can be tricky too.

The talking therapies help people address the underlying cause, and in the case of CBT, learn new attitudes and behaviours. Studies have shown CBT, in particular, to be quite effective. But talking therapies are not for everyone. And even after a successful course of the average therapy, in studies about 75% fall back into depression at some point.

The complementary therapies have a range of approaches. A very important one is nutrition. The gut, and the good bacteria in it, can play an important role in depression. Like the brain, the gut also produces serotonin, such that low levels of healthy bacteria can significantly affect our mood. So whatever else you do in terms of treatment, a healthy, low-sugar diet, is a must, together with probiotic supplements to repopulate the gut with healthy bacteria. Likewise, exercise should not be underrated for its ability to produce happy hormones.

In terms of herbs, I am not a herbalist. But it is worth mentioning St. John’s Wort, as many people are familiar with its use for depression. There is a long history in Germany of doctors routinely prescribing it instead of anti-depressants. And research shows on balance, mostly positive results for the herb’s use in depression. However, it is important not  to self-prescribe this herb, as it can interact dangerously with some other drugs and be harmful if too much is taken.  See a professional herbalist. Speaking as a homeopath though, the blanket use of one or two substances (be it drugs or herbs), misses the point: different people experience their depression differently, and therefore need to take different ‘medicines’. That’s why in homeopathy, there are 458 different remedies for depression!

Homeopathy is the second most widely-used system of medicine, with 450M users globally.  It is natural and non-toxic, and stimulates our innate, self-healing mechanism (see previous article Truth & Lies: Homeopathy Explained).  A number of studies have shown homeopathy to be effective for treating mental and emotional conditions. A recent one concluded that homeopathy was as effective for treating moderate to severe depression as the SSRI, Fluoxetine…but without the side-effects of course.

The homeopathic approach to depression takes into account not only the symptoms, and the personality, but also any underlying cause, together with the complete “picture” of the person mentally, emotionally and physically.  Causes a homeopath might look for in a person’s history could be physical or emotional. Physical causes include childbirth (see previous article on Post-Natal Depression), head injury, menopause, a change of season. One example of an emotional cause, is a patient I treated for depression, who had been very neglected in childhood, brought up by an alcoholic Mother; another patient’s depression had its origin in suppressed anger (very common) resulting from constant parental criticism and pressure to perform. A homeopath will also take into consideration grief, financial loss, abuse, betrayal, fright, failure, humiliation, injustice, being dominated or abandoned. Of course, having any of these things in your history does not make you an automatic candidate for depression. But if you have something like that in your history and recognise some of the depression symptoms above, then a homeopath may well factor that in to the choice of remedy.

There are many homeopathic remedies for depression, which means the individualisation process carried out by a professional homeopath is key to finding the right one. Below I have described some of the keynotes of a few of the top remedies, to give you a flavour of what a homeopath would look for when prescribing for this condition.

A person needing this remedy most likely suffers depression with anxiety, which may include panic attacks. They worry about a myriad of things – among which, their health, contracting a serious disease (which may lead them to have numerous investigations), money, the future. Often nighttime in bed is when they are worst, becoming restless and despairing, or when they are alone. Physically, they often have digestive issues including diarrheoa and/or nausea. And as people, they are fastidious, extremely tidy and chilly.

I would give this remedy to a person who bottles things up. They may have suffered a loss or shock of some kind, a death or heartbreak (see article on Grief), which they find very difficult to move on from. As a result, they tend to wall themselves off emotionally, and in many cases, may not be able to cry about the loss. If they do cry, they prefer to be alone because they really dislike sympathy. They tend to worry about upsetting or inconveniencing others, while they themselves may be quite easily offended, especially when they perceive themselves as having been rejected or criticised.  They have a strong sense of duty, which can cause them to take on too much, all the while telling themselves to “get on with it”, when they are buckling under the strain. Being on time is very important to them, and they may feel quite embarrassed if they are late for the consultation.

This is the number one remedy for postnatal depression, and is good for any depression in women resulting from an hormonal change e.g. puberty, pregnancy, childbirth, miscarriage, menopause. Women who need Sepia feel exhausted, with irritability, depression and indifference towards loved ones. Any demand made on them by the family feels like a further burden, and can make them so angry they cannot control their temper. They want to withdraw and be alone. And their libido is zero. They feel very guilty about their behaviour, which can lead to tears of desperation.  However, energetic exercise and dancing make them feel better.

Staphysagria is the remedy for depression which is a result of suppressed anger. People who need this remedy find it difficult to stand up for themselves, and feel indignant and angry after they have been wrongly treated. These people may have aggressive partners or be the children of abusive or very authoritarian parents. Another completely different cause, but which also leads to this remedy state, is surgery, especially when it is on an orifice. One patient of mine, who needed Staphysagria, had had radical dental surgery as a boy where they cut the teeth out of his gum; another was a woman who had had an episiotomy, and got repeated cystitis afterwards, together with depression. In fact cystitis often appears in Staphysagria cases.  And as people, they may have quite low self esteem  and be very down on themselves.

The irony of depression, is that the one thing a person needs to do, is the very one thing they may find most difficult, which is to go and talk to someone.  And this is not just because of the nature of the symptoms, but also because of the taboo around depression, and mental health in general. They may imagine that they look like a self-indulgent “loser”: someone who just needs to pull themselves together, and get a grip. But the truth is, the more sufferers who are open about their condition, the more acceptable it will become as a diagnosis, and the more people will go and get help.

McManus, S., Meltzer, H., Brugha, T., Bebbington, P., Jenkins, R., ed. 2007. Adult psychiatric morbidity in England, 2007. Results of a household survey. A survey carried out for The NHS Information Centre for health and social care by the National Centre for Social Research and the Department of Health Sciences, University of Leicester.

Rehab 4 Alcoholism is a free and impartial helpline for people troubled with drug and alcohol issues.  Rehab 4 Alcoholism aims to save lives by stopping addiction before it becomes too late. Tel: 0800 111 4108 Web: https://www.rehab4alcoholism.com

If you have any queries about any of the issues mentioned above and want to contact or speak to Sarah directly, her website is Thrive Homeopathy.