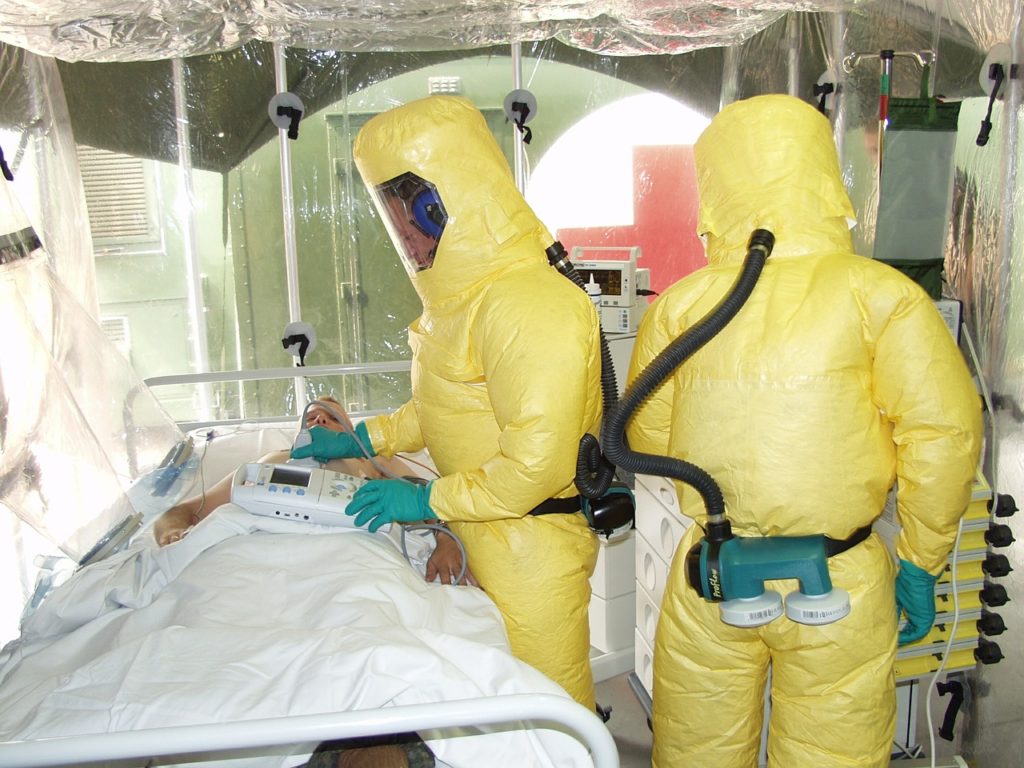 We are hearing a lot about Ebola in the news at the moment. And rightly so. With WHO  (World Health Organisation) quoting a fatality rate of up to 90%, and the disease spreading rapidly, it is certainly newsworthy, and a serious cause for concern.  Besides its very unpleasant symptoms (vomiting, diarrhoea, internal and external bleeding), what makes the Ebola virus so scary is that there is currently no treatment…that is if you only consider conventional medicine. However, some countries are now considering the option of homeopathy as a means of alleviating some of the symptoms.

Go back a bit further, to the Spanish Flu pandemic of 1918, and in Ohio statistics show that the mortality rates among the 26,000 people treated homeopathically was 1%, as against 28% for the 24,000 treated conventionally. And 100% recovery was reported in the US’s National Homeopathic Hospital. Of the many homeopathic remedies that can be used for flu, the one that was most effective during the Spanish Flu was Gelsemium, with some cases also responding to Bryonia.

But what got homeopathy a name for itself, and was a major reason for its incorporation into the NHS by act of Parliament one hundred years later, was its success in the London Cholera epidemic of 1854.  According to a Parliamentary report, the mortality rate for those treated at The London Homeopathic Hospital was three times lower than that of the nearby Middlesex Hospital, where they were using conventional treatment. This fact was initially suppressed by the Board of Health, but brought to light by a complaint, and consequently included in the report. Again, there are a number of remedies that are used for Cholera, depending on the individual symptoms of the patient. But the ones that are used most often are Camphor, Veratrum Album and Cuprum.

So what does homeopathy have to offer when it comes to Ebola? Recently in London, at the embassy of one West African country, a panel of complementary health experts was consulted about alternative interventions for Ebola. They heard about five homeopathic remedies, that fit the ‘haemorrhagic fever’ symptom-profile of Ebola.  Among them was the remedy Crotalus Horridus, made from an ultra-high dilution of Rattlesnake venom, the idea being, that you give in ultra-high dilution, the substance which, when given in undiluted form produces the symptoms you are wanting to treat. On the panel was a homeopath who is part of The Gambia Wellness Foundation, a UK-registered charity, that is closely associated with the UK’s largest homeopathic college, The Centre for Homeopathic Education. The charity’s experience successfully treating thousands of people (some of them with serious infectious diseases), in The Gambia, was seen to be potentially an added benefit in tackling the Ebola situation in Africa. Meanwhile, 4 homeopaths from the International league of Homeopaths are already in Liberia working specifically on helping with the Ebola crisis there.

Skeptics will always take an opposing view, declaring that there is no scientific evidence for homeopathy. However, this accusation is wholly untrue (see an earlier article Truth & Lies: Homeopathy Explained). And, while not facing the immediate threat of Ebola here in London, we do have a potentially even more serious, and longterm, public health problem looming – the increasing resistance of bacteria to antibiotics. Bacteria do not develop resistance to homeopathic remedies, because the actual healing is done, not by the remedies, but by the body itself. What’s more, remedies are cheap to make. So when mainstream medics recognise this, perhaps more recognition will be given to homeopathy as a valid alternative treatment.

The History of the London Homeopathic Hospital